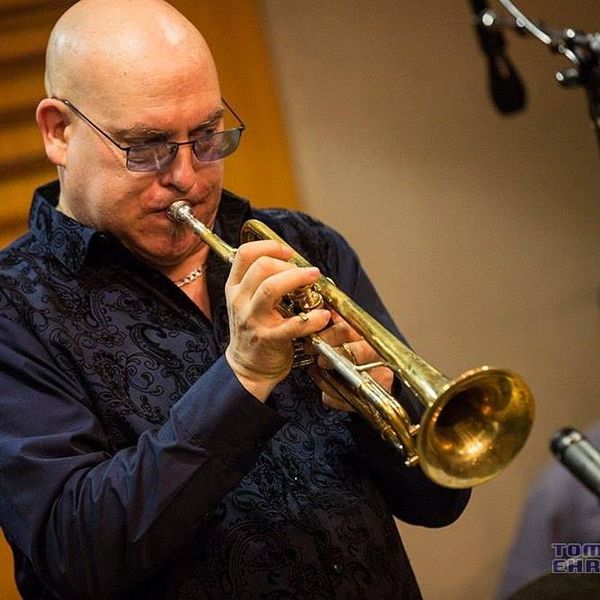 The mezzanine at the Castro Valley Marketplace comes alive from 9:00 pm to 11:00 pm featuring Bill Ortiz and Jonathan Alford on stage

Bill Ortiz was the lead trumpet player for Santana… a chair he has held for over twelve years In addition to his world travels, Las Vegas showcases and arena gigs with Carlos’ crew, Ortiz’s sweet, assertive trumpet attack has made him one of the most in-demand players on the San Francisco Bay Area music scene.