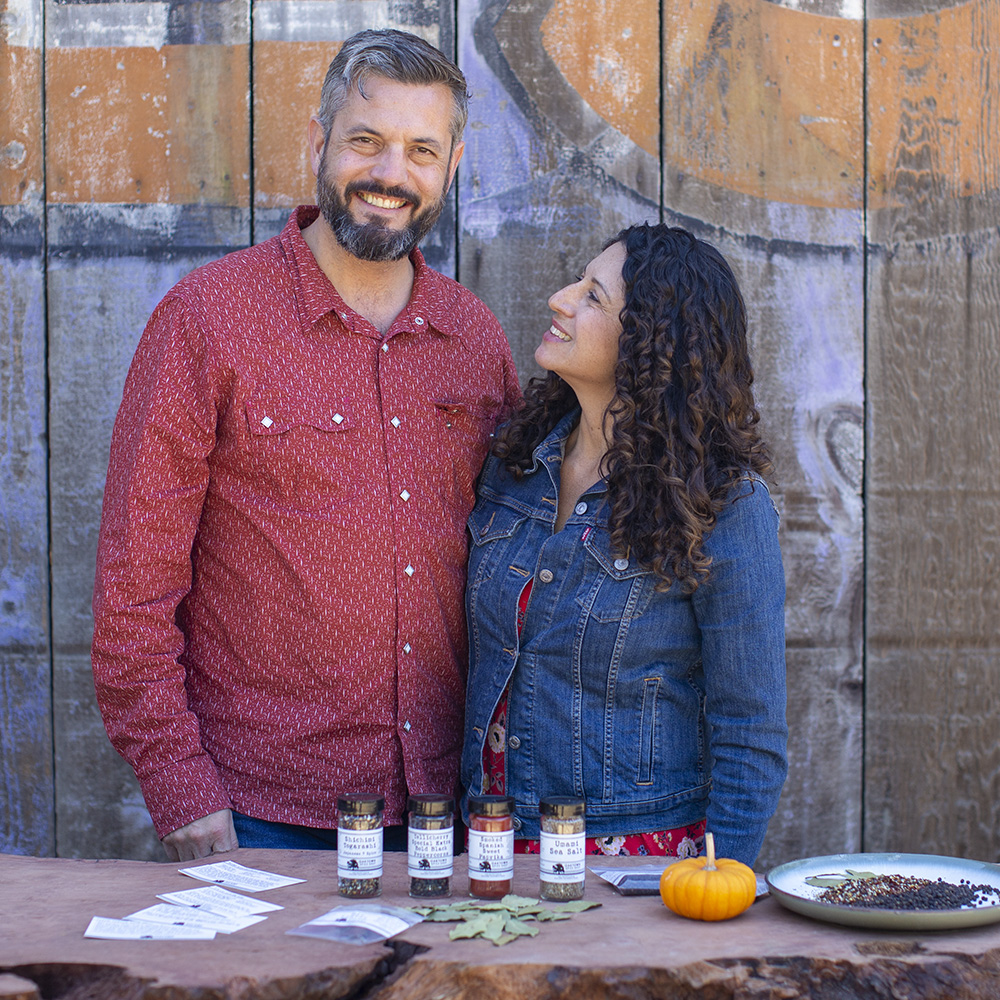 I still remember the first time I opened a box from Oaktown Spice Shop. My best friends and I have a gift-giving ritual. The gifts are always thoughtful and often handmade (jars of toffee or pickled green tomatoes from someone’s overeager tomato plant) but when Oaktown opened in 2011, everything changed.

Without planning it, at least one of us has given the other Oaktown Spice gift boxes every year. We’re not the only ones. Eater SF and KQED featured Oaktown in their gift guides.

What’s all the fuss about? As you open the lid, glass jars are cushioned with bay leaves and cinnamon sticks instead of plastic. Each box looks like it was carefully packed for you by a friend overseas. And once you crack open a jar of their popular Better than Everything Bagel Spice or Saigon Cinnamon, you might have to pull it away from your nose. Spices and herbs this fresh simply weren’t available in the East Bay before Oaktown Spice.

From downtown Milwaukee to Lake Merritt

When John Beaver and Erica Perez moved to California from the Midwest in 2009, they were surprised by the lack of fresh spices available in the otherwise abundant and diverse food scene. They didn’t move here with the intention of starting a spice shop (John was a teacher and Erica was a newspaper reporter), but John’s experience with spices goes back to his very first paying job with the Spice House in his native Wisconsin (read Erica’s take on the story on Oaktown’s site), one of the premier spice purveyors in the country. 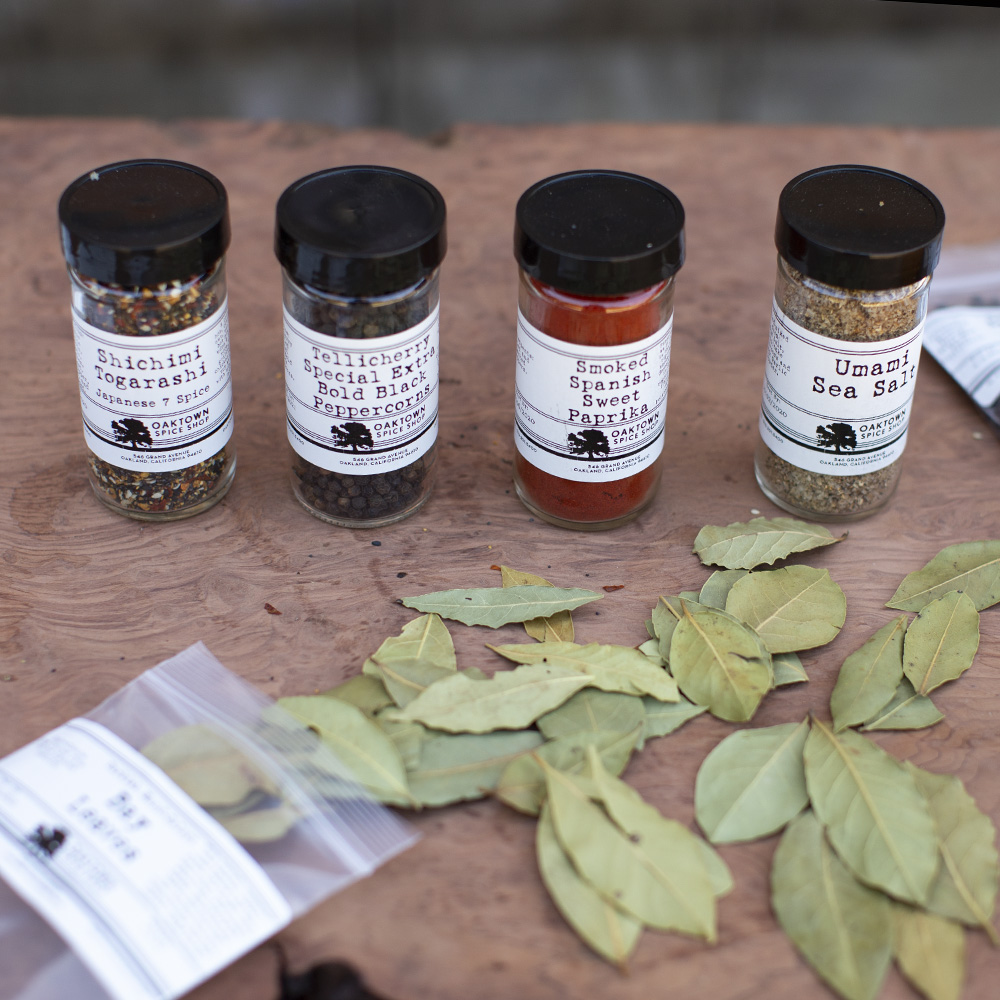 Trained by William Penzey, Sr., John learned the business of importing spices from a master, and the importance of grinding whole spices in smaller batches for the purest and brightest flavor. John “knew if a spice shop could work in the Midwest, that it could work in Oakland”.

With John heading the product side, and Erica managing operations (and writing all those lovely recipe index cards), together they opened their Oakland shop across from Lake Merritt in 2011. It was a huge hit.

Erica says they just “lucked out” in becoming a featured maker on the massive recipe and curated food shopping site Food 52 in 2012 (because their buyer happened to be an East Bay local), and “it was a game changer.” Online sales became an important channel for them, but they were conflicted when it came to expanding their business. John loved being a shopkeeper and both of them felt strongly that people were “the reason we were interested in the first place.”

As Oaktown Spice has a thriving events program (with chefs and cookbook authors) but limited on space, they are looking forward to the event and kitchen space (Pop Out Kitchen, Night Owl, and Lab200) and the “community feel of a marketplace environment.” 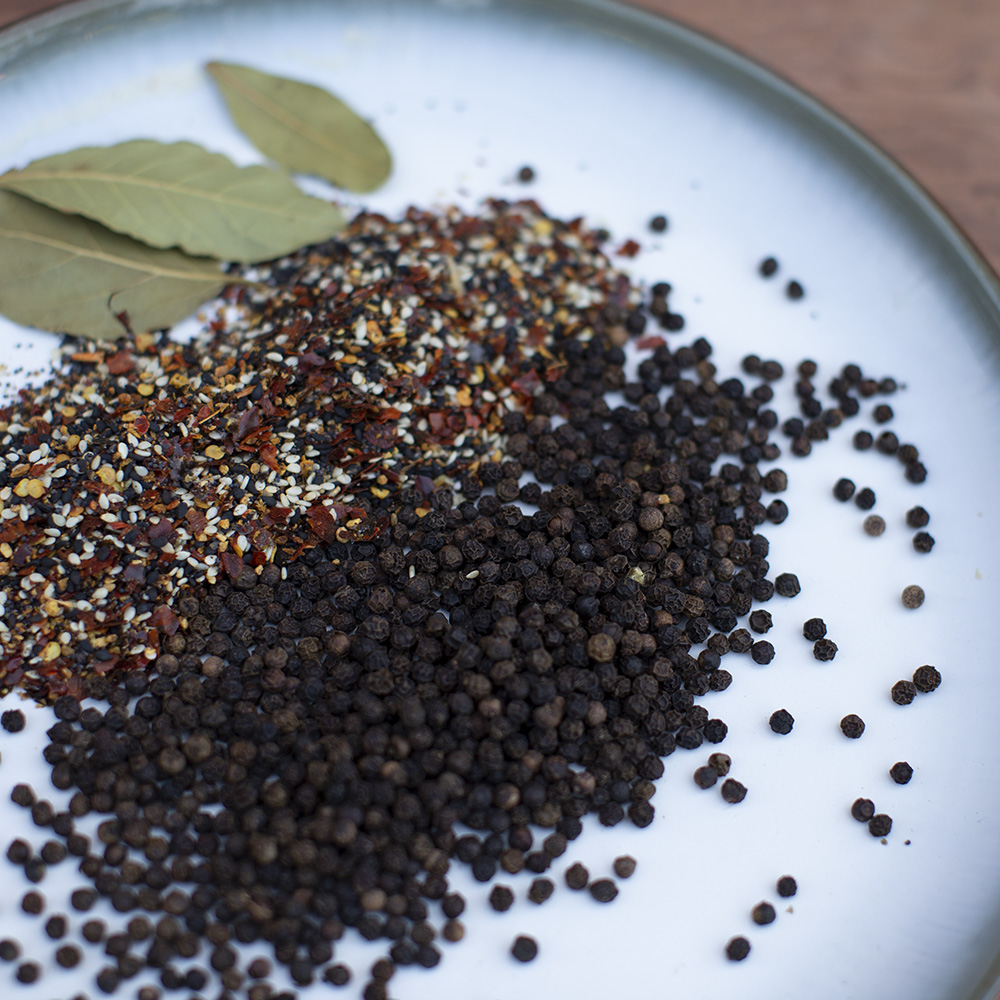 I couldn’t put it any better than they do: “Oaktown Spice Shop is a joyful stop on the errand routine”. We can’t wait to fill our baskets in Castro Valley. I just hope that they carry the Oaktown Spice aromatherapy roller. YES, that’s a thing. One Oaktown employee succeeded in capturing the shop’s delightfully intense aroma in a bottle.